MRC Forum- brought to you by www.morini-riders-club.com

This is how i bought the bike: 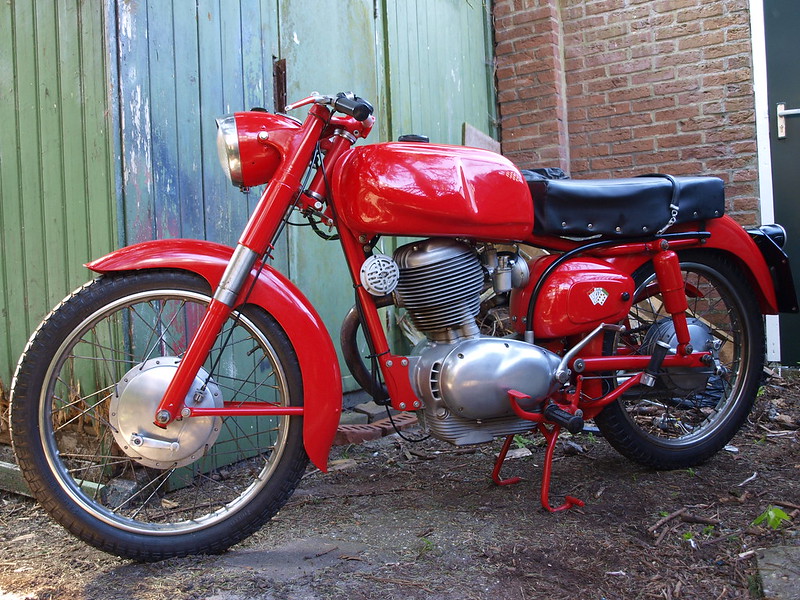 and little by little completed the project 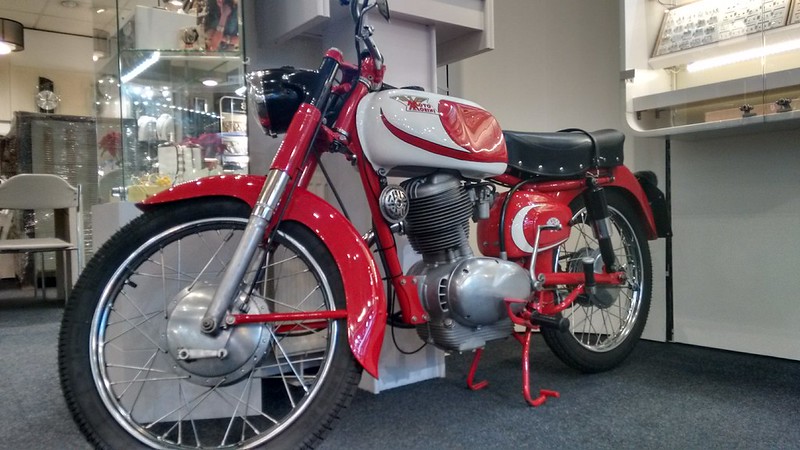 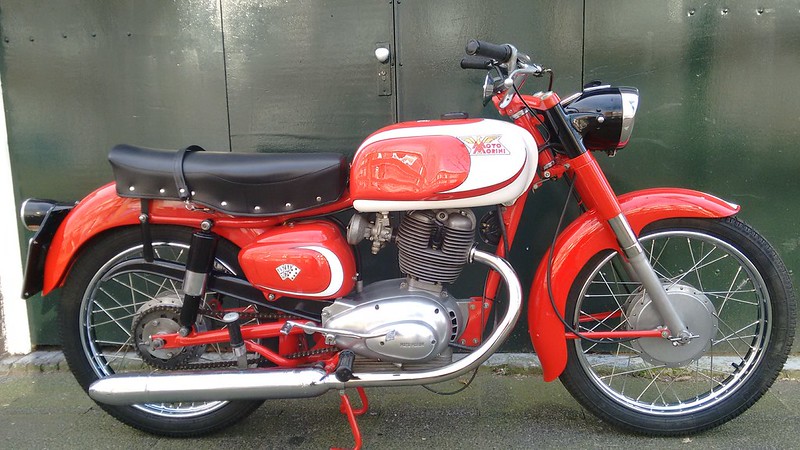 Hope i can do some rolling work in the spring (for she is now safe en sound in my dad's shop!)

Very nice work Tom, especially on something where the parts aren't so plentiful.
If I can ask, is that front brake cable/actuating arm 'correct'? It has rather large angle between the two - normally this is less than 90 degrees.
Best Regards,
George.
George
350 sport 1978, 350 Strada 1978
650 Norton and 650 Enfield
Top

My luck was that the Tresette was pretty much complete and already had undergone an deep going engine overhaul, and other than cosmetics, was a straight forward job. For instance, the seat cover, excaust pipe, muffler, headlight rim, decals, can all be bought new.
The biggest issue was of course finding somebody who can do the tank linings, which eventually turned out to be my aunty who had been working as a Delft's blue porcelain painter in her younger years! God bless her! Second biggest issue was finding the 19 inch Veglia pick up for the speedo (and correct cable!). Eventually i found one from a 70's Cagiva 250/350 two stroke, which also had a 19 inch front wheel, and the drive turning the correct way (anti clockwise/to the right instead off to the left).

You could be right about that George?? But seen the fact that working on the bike (i had to complete the Tresette with at least one other Morini in my neck and another handlebar punching me all the time, in order to move the thing to my dad's shop to have the space to place a Mondial 175 Super Turismo in between the other projects) was not so nice off a experience, i am happy with the cable that i made in order to make te frontbrake functionable for the time being. Do you think there will be more brakepower avialable by shortening the outer cable? If i make it to short, you can't mount the outer cable into the opening anymore, and the lever is close to hitting the fork if you pull to hard right!?

Another topic, if anybody has some sort of documentation/ paperwork which can link the framenumber 'F' (=Tresette) to a certain year of make (= 1960-1963), in other words the digits, you can really help me out getting a registration on this little rascal.
That would help me out a lot, for she is no 'grounded' because a lack of legality and the risk of being uninsured.

What I mean about the brake arm is that the angle between cable and arm is usually acute, say 70-80 degrees. The theory being that as you squeeze the handlebar lever, the brake arm on the drum moves towards 90 degrees where you can exert the maximum force onto the linings. If it as you have, the more you pull, the less force goes onto the shoes. (the maximum torque for a given force is when the angle between arm and cable is at 90 degrees)
If the shoes are good, with plenty of 'meat' on them, then you really should either have a longer inner cable or a shorter outer, and move the arm around on its spline to give the correct angle.
In the UK, this could/would/should fail its MOT (tech inspection) test as the examiner would assume that the linings were too worn.
Hope that this makes sense,
George.
George
350 sport 1978, 350 Strada 1978
650 Norton and 650 Enfield
Top

You are right George, that's the way it has always been on my bicycle Sturmey Archer front brake

I will check it out.